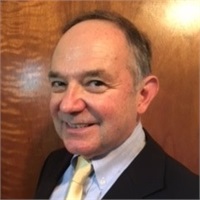 ­­With over 4 decades of financial/investment experience, Peter started his career on Wall Street in the 1970’s as a bond trader specializing in municipals and other fixed-income investments with the prestigious investment banking firm of Kuhn-Loeb which later merged into Lehman Brothers. In the 1980’s, he co-founded and managed his own investment banking firm specializing in NJ municipal bonds and other fixed-income investments.  Peter ran its trading desk and managed both institutional and retail clients before going on to start his own investment practice specializing in retirement planning and investing for income with a focus on capital preservation.

Peter obtained his B.S. in Finance from Long Island University and later went on to post-graduate studies at the New York Institute of Finance.  He is a Navy veteran serving on active duty during the Vietnam War and later served in the U.S. Naval Reserve.  He holds his Series 7, 63, 65 & 52 and life insurance licenses with First Allied Securities, Inc.   In his spare time, he and his wife are long time ball-room dancers and Peter is also an avid history enthusiast.